Abu Dhabi, by far the largest emirate, is ruled by the Al Nahyan family. It occupies 67,340 square kilometres or 86.7% of the total area of the country. The emirate is primarily a vast desert area with about two dozen islands in the coastal waters, including the island where the city of Abu Dhabi is located, plus six sizeable islands further out in the Arabian Gulf. The population of the emirate is concentrated in three areas: the capital city, Abu Dhabi; Al Ain, an oasis city located near the Hajar Mountains; and the villages of the Liwa oases.

Visitors can tour former palaces, forts, one of the world’s largest mosques, renovated oases, desert camps and experience falconry, camel trekking and Arabia’s famed hospitality. From Abu Dhabi city’s famous Corniche to the Oasis City of Al Ain and the massive dunes of the western region’s Empty Quarter desert in Al Gharbia, culture, history and adventure are encapsulated in the emirate. Experience the architectural prowess of the Sheikh Zayed Grand Mosque, enjoy the peace and tranquillity of a stroll through Al Ain’s cooling oasis, or marvel at the history of an emirate dotted with ancient forts and historic sites – several of which have been listed as official UNESCO World Heritage Sites.

Sheikh Zayed Grand Mosque: This architectural work of art is one the world’s largest mosques, with a capacity for an astonishing 40,000 worshippers.

Yas Viceroy: A true architectural triumph, this five star iconic hotel is the only one in the world to straddle an F1 race track being breathtakingly built half on land and half over water.

Capital Gate: Drive down Khaleej Al Arabi Street and you will see a modern day challenger to the Leaning Tower of Pisa.Capital Gate, developed by Abu Dhabi National Exhibitions Company, has been certified as the ‘World’s Furthest Leaning Man Made Tower,’ by the Guinness World Records.

Al Jahili Fort: The picturesque Al Jahili Fort is one of the UAE’s most historic buildings. It was erected in 1891 to defend the city and protect precious palm groves. 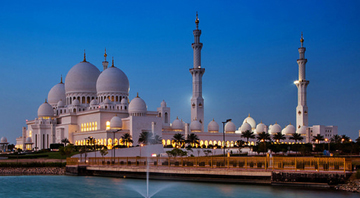 Language:
Arabic is the official language, although English is widely spoken and most road and shop signs and restaurant menus are in both languages.

Currency:
The monetary unit is the Dirham (AED) which is divided into 100 fils. The official exchange rate is US$1 = AED 3.675.

Clothing:
Lightweight summer clothing is suitable for most of the year, but something slightly warmer may be needed for the winter months. Be sure to take some sort of jacket or sweater when visiting hotels or the cinema, as the air conditioning can be fierce.

Banks:
Many international banks are represented by branches in Dubai. Bank hours are 0800 to 1300, Saturday to Wednesday and 0800 1200, Thursday.

Photography:
Normal tourist photography is acceptable but it is considered offensive to photograph Muslim women. It is also courteous to request permission before photographing men. 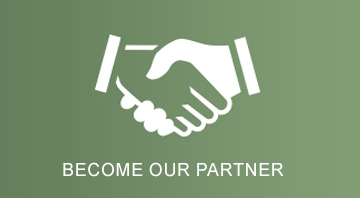